I LOVE the symbolism of my little nativity. Before JESUS CHRIST was crucified on the cross and the veil that separated all from the Holy of holies was torn on the temple, the Ark of the Covenant alone hosted the presence of God. Jesus became the FINAL blood atonement for our sins, and we are now priests unto God who can BOLDLY approach His throne of Grace and into His most holy presence. Christ alone is the mediator between God and man, no longer do we need a High Priest to go before God for our sins or to be the only one to witness His Glory, Power and Presence.

Why is this such a BIG DEAL? Before the veil was torn the only person who was able to go before the Glory of God & Ark of the Covenant which was behind the thick veil of the temple was the high priest, once a year. He would go into the holy of holies with a rope tied around his ankle that had a bell on it. They did that because if for some reason the priest was not purified himself and if he did anything wrong he could drop dead. The bell was to hear if the priest fell.The Rope was to pull the priest out without risking going into the Holy of Holies and drop dead themselves. 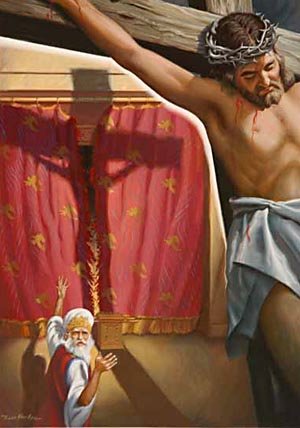 But NOW WE only need to come before Him with pure hearts and the shed blood Jesus. King David said, obedience is better than sacrifice. Our obedience is to God when we live according to His principles and truth. Now the law or Bible when read and taught is written on our hearts through the Holy Spirit.

Our OBEDIENCE  to His GUIDANCE  leads to His PEACE.

This Revelation hit me today smack between the eyes. Two nights ago I laid awake for hours praying about a situation with my son and crying out to God for wisdom and an answer. Yesterday God revealed a principle that I had been neglecting to walk in and how I related to my son. I asked God’s forgiveness and immediately started to change the way I was relating to my son. This morning when I woke up the peace and part of the answer that I was waiting for finally came. I began to hear God’s voice with the issue I was praying about. He told me today that because of my sacrifice and my obedience to him, He will now do His part. It doesn’t mean the situation is going to iron itself out quickly and be exactly the way I want it. But just the fact that I was able to finally hear His voice and receive His peace in the matter was astounding. All day yesterday I was wrestling with the feeling of not being able to hear clearly, I hate that feeling. It was like it was all cloudy and static between me and God. But in the meantime God was doing something in me that I had no idea was connected to the static and uneasiness.

God rewards our obedience no matter how small we think it might be. HE IS FAITHFUL! Now I learn to trust, listen to his voice and obey the simple instructions. The most comforting thought in the world for parent is to know that God loves our children even more than we do and he cares for their spiritual growth even more than we do.

I hope this blesses and encourages you like it has me. We are on the journey, but we are not alone. 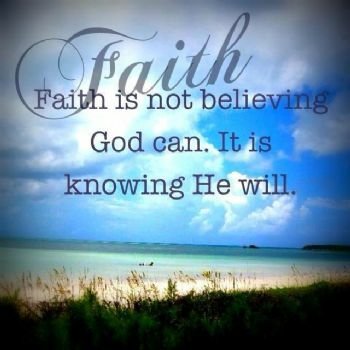 “Inasmuch then as we [believers] have a great High Priest who has [already ascended and] passed through the heavens, Jesus the Son of God, let us hold fast our confession [of faith and cling tenaciously to our absolute trust in Him as Savior].
For we do not have a High Priest who is unable to sympathize and understand our weaknesses and temptations, but One who has been tempted [knowing exactly how it feels to be human] in every respect as we are, yet without [committing any] sin.
Therefore let us [with privilege] approach the throne of grace [that is, the throne of God’s gracious favor] with confidence and without fear, so that we may receive mercy [for our failures] and find [His amazing] grace to help in time of need [an appropriate blessing, coming just at the right moment].
Hebrews 4:14-16