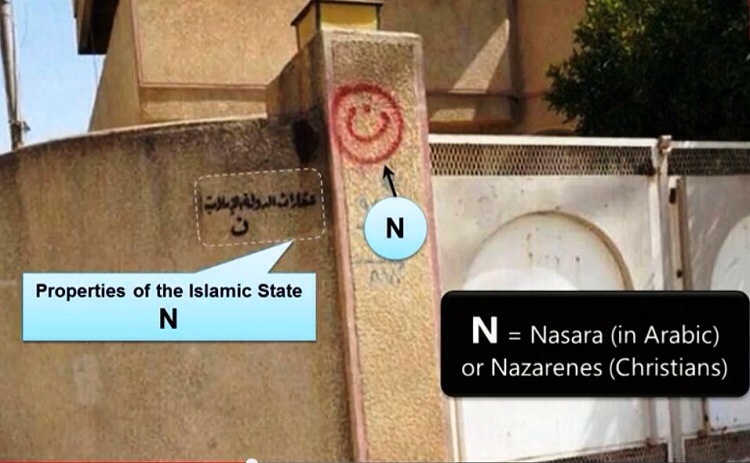 (Prayer on Thursday August 8th for the Arabs and Persecuted Christians)

Will you agree together with me? Father God on behalf of your church in the United States, I ask forgiveness for our silence and lack of prayers for our brothers and sisters suffering around the world as especially in the Middle East. I agree with Jesus, Your Kingdom Come, Your will be done on Earth as it is in Heaven! Give your people this day their daily bread, those who are starving and have no provisions, forgive us our trespasses and we forgive those who trespass against your people. We pray for a supernatural revelation of yourself to the leaders of ISIS, Hamas, Muslims that Jesus would stand before them and reveal himself, and they would have a Saul on the road to Damascus experience. We declare a breaking of the veil of blindness on their eyes. Let the world see you as Savior, Lover, Redeemer, Peacemaker and King of Kings and Lord Of Lords. Let the church arise and take a stand for you. Release you glory and power. We ask for signs and wonders to be released amongst the persecuted Christians around the world. Let their prison chains be broken, let the oppressed go free. That you would make a road in the wilderness and streams in the desert. Let miracles break out, let the dead be raised, let arms and legs grow back, fingers grow back to those Christians who had their fingers cut off to remove the wedding rings. Let an army of children rise up with praise and worship on their lips to glorify their Creator. We declare a protection around your people from the north south east and west. Let the glory of the Lord cover the whole earth as the water covers the seas! Hallelujah, people of God get ready to hear more testimonies of the miraculous then you have never heard before. Most of this will begin to center in Third World countries because of the intense persecution right now. But do not worry they will be coming our way not only the persecution of the glory and power of a resurrected Lord.

Today I experienced something I haven’t experienced in 19 years, since Renewal hit in ’94-95. It took place while listening to my dad speak part two of his message, For Zion’s Sake. (Click the link to listen to both of these timely and important messages about Israel and the Middle East)It was an in depth teaching on Gods love for Arabs and Jews and why God is not done with either of them. Something deep inside of me cried out during our prayer time. An intercession that you can’t produce or cause to happen. Such a burden for those persecuted all over the world for the name of Christ. I had the video and pictures in my mind of Arabs in Iraq being slaughtered, young and old. An intercession crying out for mercy, protection and justice.

During the message I could feel a host on Angels all around. Then as my dad shared miracle after miracle of what God has done to protect and defend the land of Israel, I saw and heard a massive group of angels watching and cheering on what was being shared like they were watching a sports game. They were high 5’ing each other and laughing and cheering saying, “remember when we did that!”. They were cheering on my dad Joel Hjertstedt as he was speaking.

Then as he started reading
Ephesians 2:11-22 I saw Jesus get off of the throne and lay prostrate on top of the glass ceiling over us. He began to weep and blow His breath down into us. He was so grateful about what was being shared. He was also weeping for the friends he grew up with on Earth who did not recognize who he was. He was crying out for the Jews whose eyes need to be open to see that He is their messiah. He was blowing and fanning our hearts to burn for him and to burn with passion for the land of Israel and also for the Arabs which he blessed also through Abraham.

He told me that there are some who are wondering why the pastor was talking about Israel like this. And Jesus said it is because it is a part of our mandate, not only our pastor’s mandate, but the mandate of the church. It is part of our mission on earth to share this with the body of Christ so their eyes will be open to reach out and accept with open arms the Jews and Arabs who will be coming to Him by the millions!

When Pastor Ken was prophesying over my dad, God told me those words were over me as well. Israel and our families connection to it is part of my heritage and destiny. I know I will be back, God spoke very clearly when we visited in 1995. We were leaving for the airport and I was weeping in the car because I did not want to leave the land. I was only a Jr in High School so there was no option. But I told God I didn’t want to leave unless I knew I was coming back some day. I turned and looked out the window and saw the hugest brightest rainbow I had ever. There is something about seeing a rainbow in Israel that brings it’s meaning of a promise a little close to home.

The heavy weighty glory and the “tipsy” filling of the Holy Spirit lasted over an house after the service, marked me in a deep deep way. A woman came up to me right after the service and told me she has been trying to share with her friends back in Japan what is taking place in the Middle East, and was so discouraged because they wouldn’t respond to her at all. She felt ignored , haha, but God had a very powerful word or her that I was barely able to speak out at that time because of the heavy weighty glory.

What a day!!!! Just the beginning!

Here is the verse that I saw Jesus come off of his throne for :

Ephesians 2:11-22 “Therefore, remember that formerly you who are Gentiles by birth and called ‘uncircumcised’ by those who call themselves ‘the circumcision’ which is done in the body by human hands – remember that at that time you were separate from Christ, excluded from citizenship in Israel and foreigners to the covenants of the promise, without hope and without God in the world.
But now in Christ Jesus you who once were far away have been brought near by the blood of Christ. For he himself is our peace, who has made the two groups one and has destroyed the barrier, the dividing wall of hostility, by setting aside in his flesh the law with its commands and regulations. His purpose was to create in himself one new humanity out of the two, thus making peace, and in one body to reconcile both of them to God through the cross, by which he put to death their hostility.

He came and preached peace to you who were far away and peace to those who were near. For through him we both have access to the Father by one Spirit. Consequently, you are no longer foreigners and strangers, but fellow citizens with God’s people and also members of his household, built on the foundation of the apostles and prophets, with Christ Jesus himself as the chief cornerstone. In him the whole building is joined together and rises to become a holy temple in the Lord. And in him you too are being built together to become a dwelling in which God lives by his Spirit.

Follow Live Life Out Loud For God on WordPress.com